When Brands Go Viral For All The Wrong Reasons

One of the key skills needed for public speaking is being able to read the room: understand who you’re addressing and tailor your message to that particular group. There’s nothing worse than delivering a punch-line to a stoney-faced audience and wincing at the tumble-weed effect as the room goes silent! 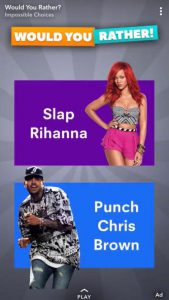 Social media is no different. Except that instead of using facial expressions, silences or laughs as queues; you have to go by likes, follows, comments and emojis to adjust your message and tone.

Misreading your social media ‘room’ could lead to some serious consequences that may severely affect your business. One of the most well-known social media gaffes is the one involving Snapchat and Rihanna, which ended with the messaging app losing almost $1 billion after the social network made an appalling attempt at humour that alluded to domestic violence.

Missing the tone of a platform

Every social media platform has its own way of working. The casual tone of Snapchat would not be well received on business-minded LinkedIn, while the heavy use of hashtags on Instagram would look out of place on Facebook. Tailoring your message to each platform is key.

Not understanding what your followers want

It’s common for brands to want to switch things up and keep their content ‘fresh’. But it’s important to keep things relevant or you’ll need to be ready for some very vocal, and very public, complaints!

Car producer Audi started a food-related campaign on their Instagram account to celebrate the launch of their A3 Sedan. The response from followers was, unsurprisingly, negative as their main reason to follow the brand is their interest in cars, not food.

With access to almost unlimited information that the internet provides, there are no excuses for making factual mistakes. Followers will notice and, if offended, could even start a boycott. 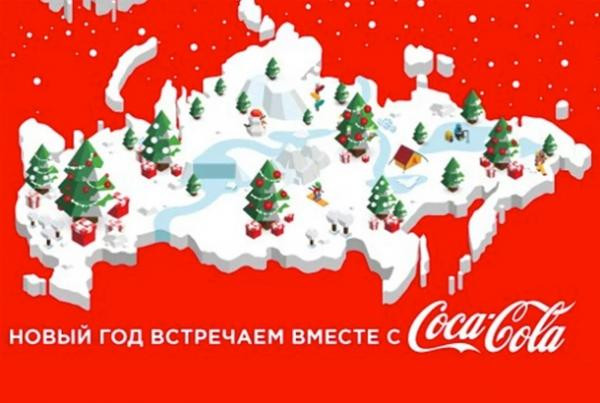 Coca-Cola released a series of social-media based advertisements in Russia featuring a pre-WWII map. As a result, the brand was boycotted in Russia and the Ukraine. 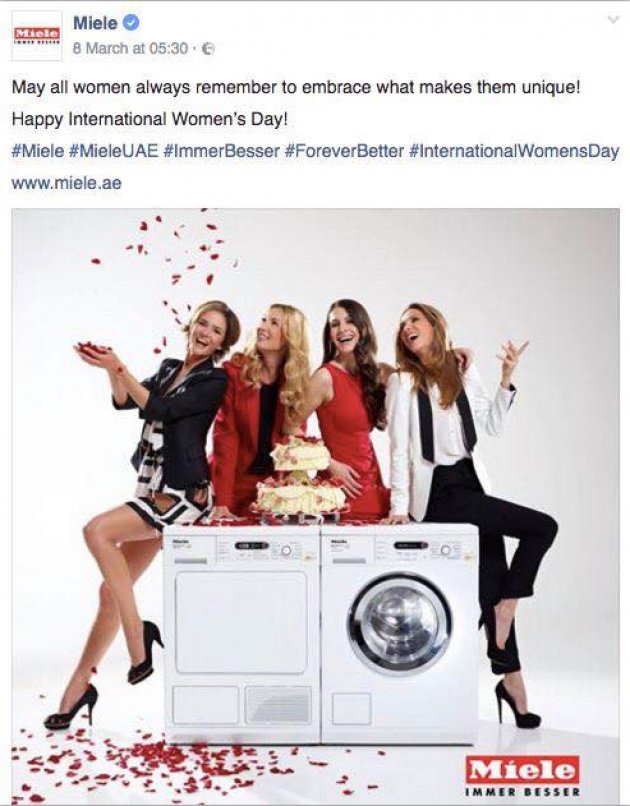 It is especially hard to get the tone right in a humorous context. A joke that is funny to some, could be seen as racist, sexist, ageist or mocking a particular group.

Miele, a white goods company, celebrated International Women’s Day by featuring a photograph of a group of women in stereotypical female clothing sitting on a washing machine, which featured little to no diversity.

It’s not uncommon for companies to be developed and run by those with interests common to their customers. In these cases, there is usually a shared culture of references and in-jokes that, if used properly, can help create a connection with followers.

However, the problem arises when those in charge of the brand forget the age and interests of their core customers. One of two results usually follows: the references used aren’t shared by their followers or they are perceived as out-of-touch outsiders. More often than not, both things happen.


Burger King used a 1982 clip of pop art icon Andy Warhol (who died in 1987) eating a Burger King burger which earned it the accolade of ‘Worst Super Bowl Ad’ according to CBS News. The company’s main target audience, 18 to 30 year olds, was mostly unaware of the star of the clip and the majority of people who watched the ad were left confused.  Some even thought that the commercial was for Heinz Tomato Ketchup as Warhol is seen trying to add the ketchup brand to his burger.

Engagement is the holy grail of social media. And while the ‘any publicity, is good publicity’ saying is popular, it’s not always true.

It’s not uncommon for brands to post campaigns that go viral for all the wrong reasons. Sometimes, it’s thanks to poor hashtag use or bad timing, and sometimes it’s because of promises that just cannot be kept. 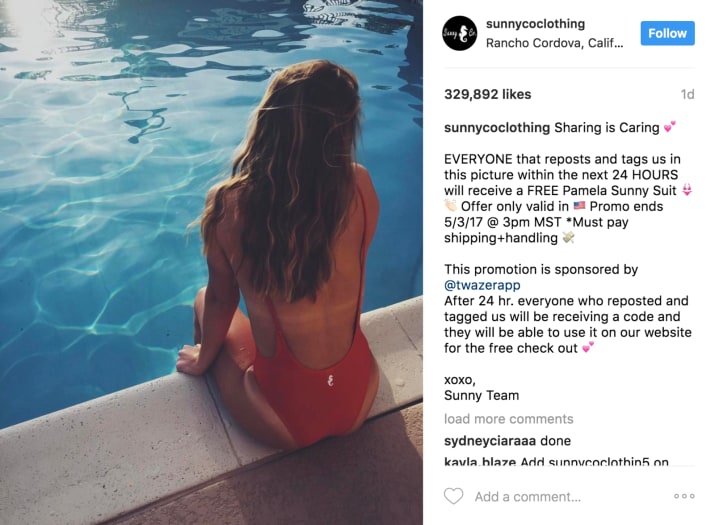 Swimming costume company Sunny Co Clothing didn’t expect their Instagram campaign, promising free swimsuits, to go viral. The company was forced to add some giveaway rules after many people had already claimed the item, which resulted in a backlash and short-lived boycott.

Even when a business makes public mistakes on their social media campaigns, there is still a chance to take advantage of the situation. Digital marketing is a dynamic field that is always evolving, and it pays dividends to have a team constantly watching out for your brand.

No matter what the result of a post or campaign, it’s important to analyse the results.  Record the level and sentiment of engagement including paid and organic reach as well as any leads generated.  How quickly did your team respond to any backlash and what could they have done better?  Probably most important of all: learn what not to do next time!

Have you spotted a brand fail on social media?  Which campaigns have made you wonder “who signed off on this?!”

How To Supercharge Your Business With A Power Hour

Have you found yourself wondering how you’re supposed to tackle everything in your business?  Is your to-do list just growing...
Read more

Have you come across the ‘Christmas in July’ promotions that many businesses put in place to get over the early...
Read more

What is social media ROI?

If you’re serious about your digital marketing, you’ll want to know about your social media ROI.  Return on Investment (ROI)...
Read more